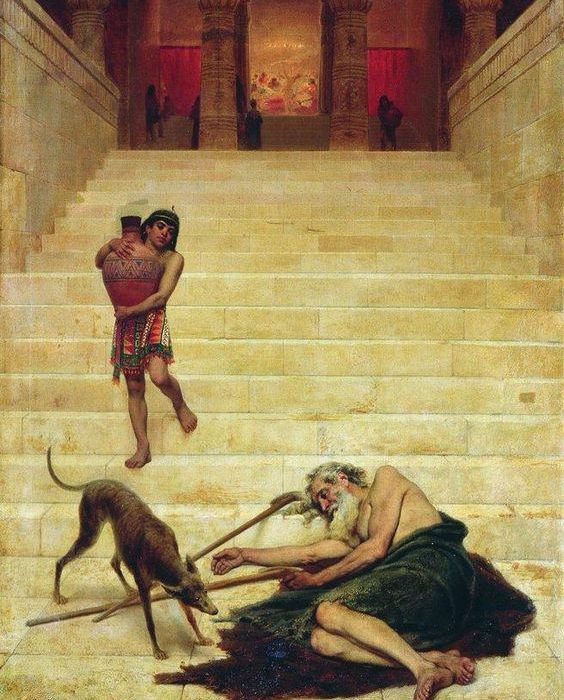 “With great power comes great responsibility.” So goes the iconic line from the 2002 Spider-Man film in a poignant scene with Peter Parker and his wise Uncle Ben. We have all been given “great power” by God in the form of Time, Talents, and Treasure. Today’s readings remind us that this power is meant to be used for great good. And, that failure to do so has eternal consequences.

Our First Reading is again from the book of Amos. It warns of the danger of complacency. “Thus says the Lord the God of hosts: Woe to the complacent in Zion! Lying upon beds of ivory, stretched comfortably on their couches….” The Lord says that because of the complacency of the people, “They shall be the first to go into exile, and their wanton revelry shall be done away with.”

The tendency towards complacency is perhaps an even greater danger for us in the modern age with so many conveniences (fast food, remote controls, Amazon prime to name a few) and so many possibilities for diversion and entertainment (cable tv, laptops, iPads, cell phones, and the myriad other devices we all use).

The Lord’s message could not be any clearer — we must get off the couch and put our powers (the many gifts He has given us) to work!

The Second Reading, from St. Paul’s letter to Timothy shows us how to free ourselves of this dangerous complacency we are warned of in the First Reading.

Paul instructs us to:

Notice how active St. Paul’s word choices are: “pursue,” “compete,” “lay hold,” and “keep” are the terms he uses to instruct us.

Our Lord Himself gives us a very clear illustration of the urgency for us to put our powers to good use in today’s Gospel Passage from Luke. He tells the rather chilling parable of the rich man who ignored poor Lazarus during their lifetimes. At the moment of the rich man’s death, he goes down to the netherworld while Lazarus is taken to the eternal joy and comfort in the bosom of Abraham. The rich man keenly regrets his complacency towards the needs of Lazarus, but it is too late for regret. His choices have played out and now the rich man will face the consequences of his failure to use the gifts God gave him.

JESUS CHRIST, OUR LORD AND SAVIOR 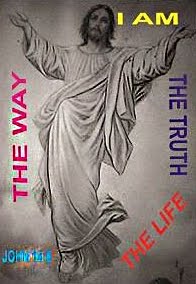 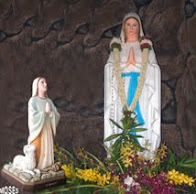 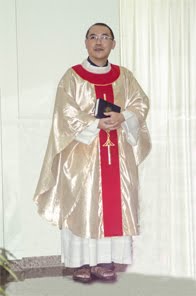 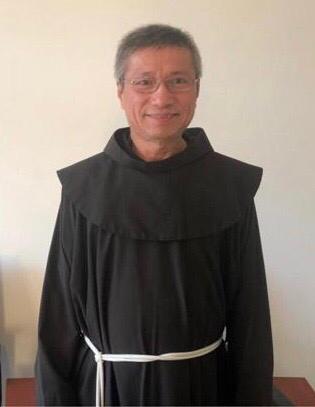 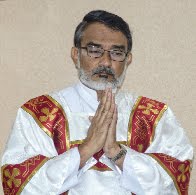 Please see the Parish Priest at least six (6) months before your wedding date. The Roman instruction states that there are to be no weddings on Sunday as it is the Lord's Day.

USE OF ST. JOSEPH CHURCH FACILITIES

Booking of Church facilities must be made seven (7) days prior to the date of function. Kindly make enquiry on the availability of dates at our Parish Office. Late applicator will not be accepted. Thank you.